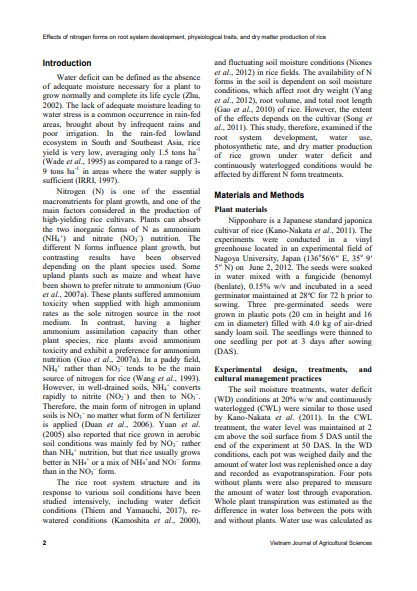 The study was carried out with twenty-four genotypes of rice during the Spring season, 2020 in Hanoi, Vietnam in order to exploit the attributes and divergence of quality properties from existing rice cultivars in North Vietnam. The rice genotypes were characterized based on ten quality parameters of milling, physical appearance and physiochemical characters using Mahalanobis D2 statistic. D2 analysis allocated the 24 genotypes into eight clusters, of which cluster I was the largest with 12 genotypes. The clustering showed the random distribution of genotypes into different clusters indicating that the origin and release duration were not related to the genetic diversity of grain quality. Among different traits, amylose content, length/width ratio and gel consistency were identified as topmost contributors in total divergence. Cluster I possessed a maximum intra-cluster value of 296.34 and the maximum inter-cluster distance was recorded between cluster IV and VI (2247.39) succeeded by cluster I and VI (2245.94) designing the members presented in these clusters can be exploited as potential donors in a breeding program to result good physicochemical quality traits in rice.